Conceptual Art
Actions speaks louder than words.
I design projects that usher in an uncommodified world, a world not dependent on an economy. Themes that I explore include value, trust, abundance, self-reliance, responsibility, common sense, agency, relationship, and embodiment. My paintbrushes, to speak in painting terms, are the world itself. I tinker with objects, people, spaces, and the media. If you like the way that my projects shape the world, consider become a patreon.

Work in Progress: Lets Dance
Feeling into what’s missing during Covid 19 lockdown, Lets Dance is a work in which as I travel and move around in the world, from my Honda Element. At each stop (gas stations, groceries, parks) I invite people to dance with me. The intention is to remind people that although our ability to connect has been hampered by masking and social distancing we may still celebrate life together and share a level of intimacy.
To support this work,
Become a Patron! 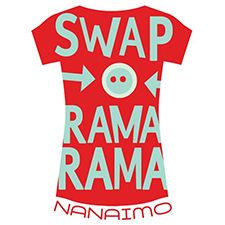 Swap-O-Rama-Rama, a model for textile repurposing that was adopted all over the world, is a remedy for the lust for stuff. Founded 2004. Currently in the Creative Commons. 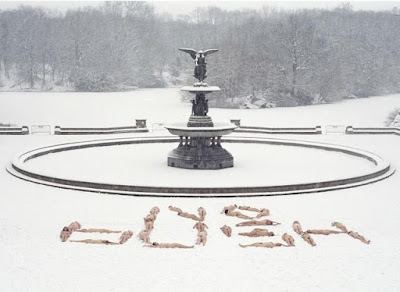 NO BUSH - On February 7, 2003 just before the onset of war in Iraq with Marina Potok I produced NoBush.  The photo was taken at sunrise at Bethesda Fountain in Central Park, New York City where the event had been staged for international media in hopes of sending a message across the globe. All of the women who posed for NO BUSH volunteered.

Read The Story, from my book, The Good Life Lab 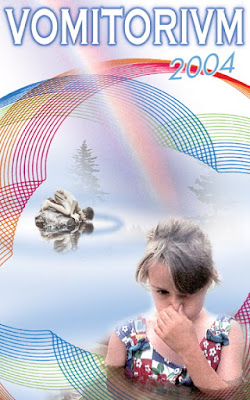 New York, New York - On August 17th, 2004 from 7:30pm to 9:30pm New York Citys St. Marks Church was home to The Vomitorium, a performance/political action created by Wendy Tremayne, Dawn Ladd and Marina Potok with a cast and crew of 60+ volunteers.

A response to the New and Improved American Empire, The Vomitorium is a theatrical performance, modeled after the opulent parties of the Roman Empire, where guests engage in consuming astounding amounts of food and, when stuffed to the limit, vomit so that they may gorge themselves again and again. For one evening the performers and audience were transported to those long-gone days of decadence in order to reflect on the fate that eventually befell the Roman Empire, and heed the warning signs of history repeating in the current decline of the American Republic. 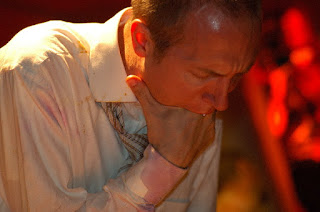 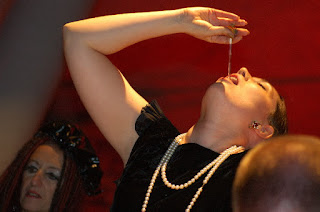 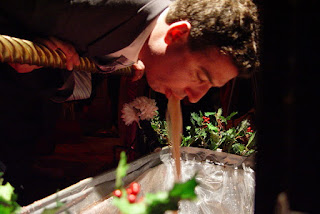