“The paintings feels personal, and encoded,
like Nirvana lyrics -
you don’t quite know what is going on,
but somehow you get it.”
- Luke Delalio 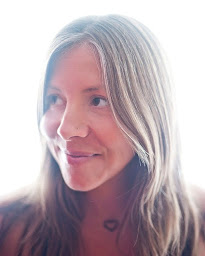 Most of my career as an artist has been focused on conceptual art. In my twenties, I decided to create a project that would explore what may happen if I choose one medium (paint) and prevented myself from touching it for several decades. I supposed that by doing so I would be charging a creative battery that may, when released, contain the energy of the desire that had built up over the years. On my 50th birthday I picked up a brush and got started. With no formal training and years spent painting in my mind, I taught myself to paint by creating portraits, mostly of friends. This evolved into figurative narrative works that are are similar to diaries that I kept throughout my life that were drawing based and contained no words; self-referential, read as stories, and at times they contain imaginary characters and objects. Each painting is a personal inquiry in which I ask myself questions that I can not answer with my surface mind. As I paint I discover the answers.
Before painting, the conceptual work that I did focused on the realization that we’re the first generations alive to live in a world that’s entirely for sale. Through conceptual art I explored the commodification of culture. Living in New York City and working as a publicist, and sponsored as an artist by New York Foundation for the Arts, I manipulated the news media and engaged volunteers to form a viral, conceptual, artistic medium of live happenings captured for distribution. I designed and produced a number of on the street performances that were staged for media capture such as The Vomitorium and No Bush, which are projects that were broadcast by media channels the world over. Before leaving the city I created a project that took the form of a model for textile repurposing called Swap-O-Rama-Rama and expanded it project to 130 cities world wide through the use of a Creative Commons license.

In 2006 I moved to New Mexico to explore what it took to create a decommodified life by taking on a hands-on lifestyle of making everything I need to live. On a raw acre that I purchased I spent over ten years learning to make: food, shelter, power, fuel, medicine and domestic goods. I kept the blog Holy Scrap to document this project (2006 to 2014) and authored a memoir to share what I had learned titled The Good Life Lab: Radical Experiments in Hands-On Living (Storey 2013) which won the Nautilus Book Award for Lifestyle and Sustainability.

Featured in Southwest Contemporary Magazine as a top 5 pick for gallery openings in March 2021, The Inexhaustible Now @ Rio Bravo Gallery in Truth or Consequences, NM Become a Patron!